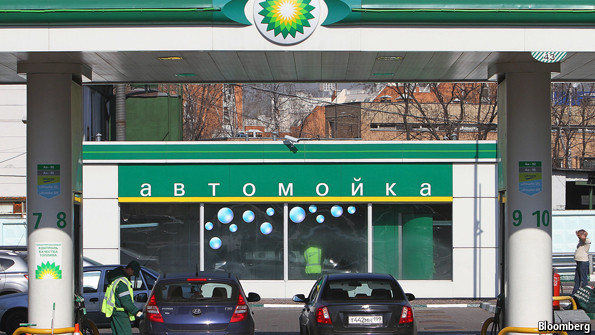 SHAREHOLDERS in BP used to be a complacent bunch. Now they are battle-hardened. The company has taken a pounding since the Deepwater Horizon disaster in 2010. In the aftermath of the explosion in the Gulf of Mexico its share price fell by half. The company froze dividends and had to sell assets worth $38 billion, including half of all its offshore platforms and refineries, to help meet a $42 billion charge for the clean-up, compensation and other costs. Litigation is likely to go on for many years and the payouts could rise well beyond that total.Against that background, the quarterly results announced on February 4th looked positively cheerful. BP has raised its dividend and will continue with a vigorous programme of share buy-backs, paid for in part by a further $10 billion in sell-offs. Though BP says that these divestments were mostly of non-core assets, the company is now a lot smaller. Excluding Russia, it used to pump 3m barrels of oil a day. Now the figure is 2.25m.That underlines the importance of the company’s involvement in Russia, which adds nearly 1m barrels a day to the total. Its previous adventure there, TNK-BP, was lucrative but bumpy, thanks to a…