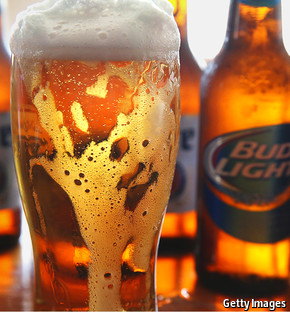 THE world’s biggest brewer, AB InBev (ABI), is also the most frugal. There are no company cars for senior executives. Carlos Brito, the boss, flies economy class. That is one reason why, with 18% of global beer sales, ABI has a third of the profits.This will matter in the wary manoeuvres now taking place among the giants of global brewing. On September 14th Heineken, the number three by volume (see chart), said it had rejected a takeover proposal from SABMiller, the number two. SAB seems to have been trying to defend itself against a possible takeover by ABI, which was said to be talking to bankers about raising £75 billion ($121 billion) to buy its rival. That was little more than a rumour, but industry-watchers suspect something big is indeed brewing, in brewing. And the chances are that ever-thirsty ABI, maker of Budweiser and Stella Artois, will swallow SAB. 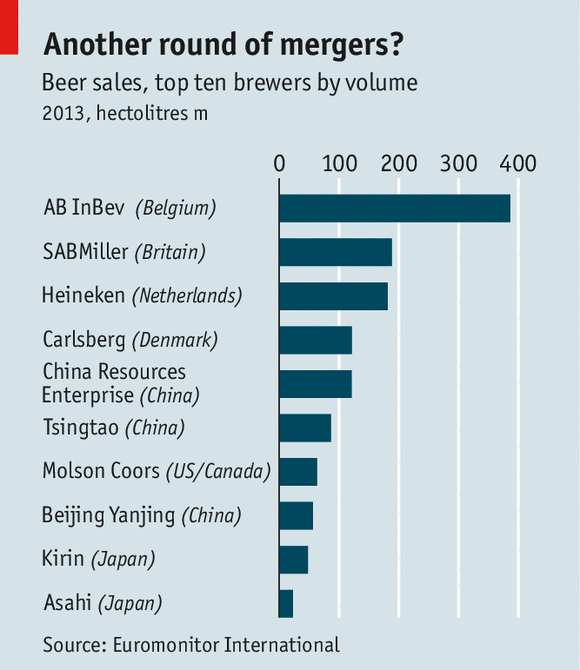 The beer behemoth has few other ways to grow. In rich countries,…