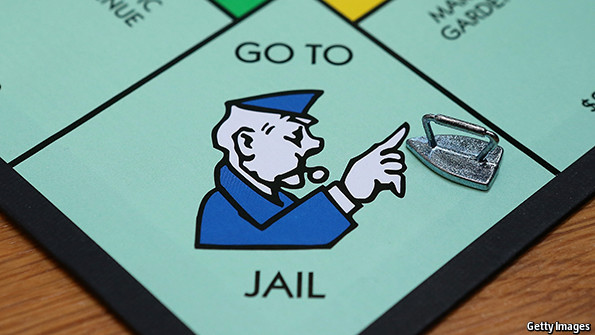 IN 1904 a young American named Elizabeth Magie received a patent for a board game in which players used tokens to move around a four-sided board buying properties, avoiding taxes and jail, and collecting $100 every time they passed the board’s starting-point. Three decades later Charles Darrow, a struggling salesman in Pennsylvania, patented a tweaked version of the game as “Monopoly”. Now owned by Hasbro, a big toymaker, it has become one of the world’s most popular board games, available in dozens of languages and innumerable variations.Magie was a devotee of Henry George, an economist who believed in common ownership of land; her game was designed to be a “practical demonstration of the present system of land-grabbing with all its usual outcomes and consequences.” And so it has become, though players snatch properties more in zeal than sadness. In “Monopoly” as in life, it is better to be rich than poor, children gleefully bankrupt their parents and nobody uses a flat iron any more.Board-game makers have had to find their footing in a digital age. Hasbro’s game-and-puzzle sales fell by 4% in 2010—the year the iPad came to market—and 10% in 2011. Since then, however, its game-and-…