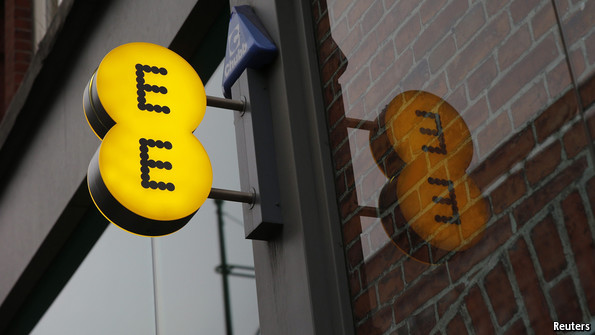 BRITISH TELECOM will not be coming back to ask for a re-merger. That was what Sir Christopher Bland, BT’s then chairman, promised after shareholders had approved plans to spin off the firm’s mobile-telephony unit in 2001. Until December 15th it looked like his word was not going to be kept: O2, as its former wireless arm is now called, seemed to be BT’s preferred takeover target for getting back into the mobile business. But BT instead decided to enter exclusive talks to buy another operator, EE, for £12.5 billion ($19.6 billion).The deal could still go the other way if the talks with EE fall apart. But whichever partner BT eventually chooses, the marriage will be a manifestation of a wider trend in the telecoms industry: its bosses believe that there are worthwhile synergies to be had by owning both wireless and wireline networks.For years it was seen as best to keep the two apart. In 2001, O2—currently owned by Telefónica of Spain—was deemed better off alone, mostly because it was held back by the stodgy brand and poor customer-service reputation of BT, the former state monopoly. Elsewhere in Europe, although the legacy fixed-line operators stayed in mobile…