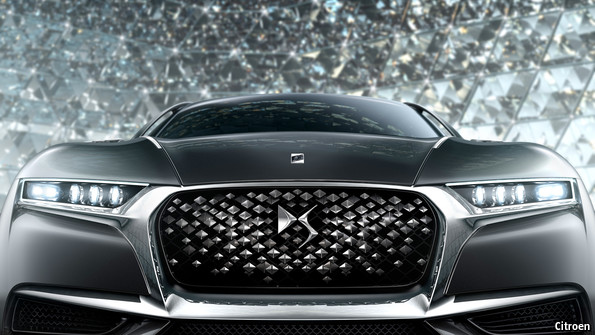 It’s shiny, but who will buy it?

AN ARMY of buffers attends to the cars at motor shows, continually polishing them to a level of otherworldly gleam. The sparkle they are putting on models from Europe’s mass-market carmakers at the Paris show, which opened to the public on October 4th, is at odds with the lacklustre state of the automotive market. But it reflects growing, if misguided, optimism among the manufacturers that they can sell more cars for more money.The carmakers’ cheer is explained by a belief that the worst is over. Sales in Europe tumbled in the 2008 financial crisis, and have fallen every year since. Only 12.4m cars were sold in 2013, nearly 4m fewer than in 2007. But early this year a rebound began, and sales so far this year are up 6%.Unfortunately, it already seems to be fading. Gloomier analysts predict that after an increase of just 2% for this year as a whole, there may be no growth in 2015. Even if the recovery is stronger, IHS, a research firm, expects that demand will remain well below pre-crisis levels in 2020.This is grim for the firms which lean most heavily on Europe. PSA Peugeot-Citroën of France relies on…