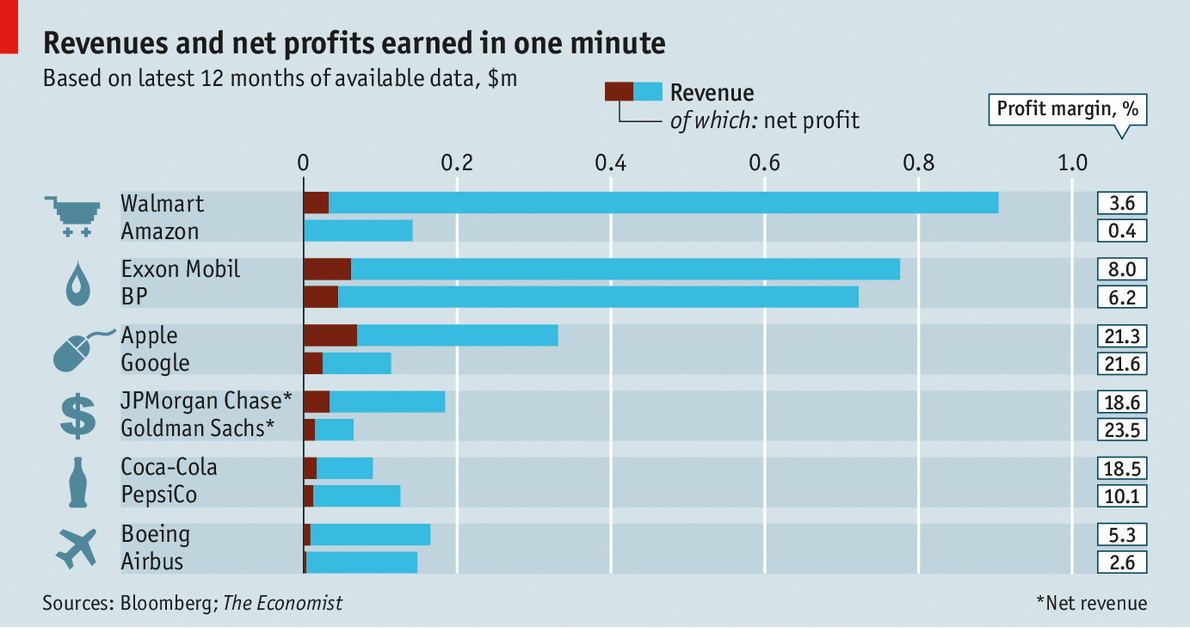 Amazon is a retailing juggernaut, but its revenues are still a fraction of those of Walmart, whose tills ring up about $900,000 a minute. The bricks-and-mortar colossus turns in a modest profit margin, whereas Amazon is still being run on a basis of growth now, profits later. Comparing the revenues and net profits of companies commonly regarded as peers shows their relative commercial power. 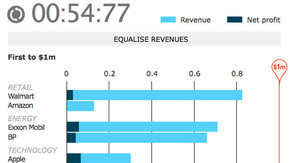 Watch firms race to reach $1m with our interactive chart

Google is often chided for its dominance, though Apple is far larger (and their profit margins are similar). Coca-Cola’s sales are less than PepsiCo’s but its margins are almost twice those of its arch-rival. In energy and aerospace, the sales of American and European giants are roughly similar yet the…