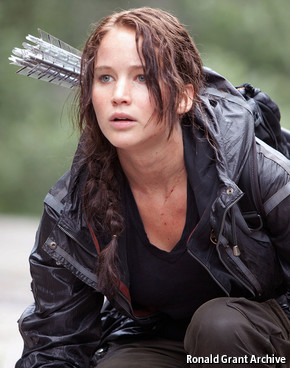 WHEN some of Hollywood’s biggest studios were pitched a film based on a book series in which young people fight to the death at the behest of a totalitarian government, they passed on it. Bad call. Lionsgate, a fast-growing independent studio, grabbed it, and five years later “The Hunger Games” is one of the most successful film franchises in cinema history. 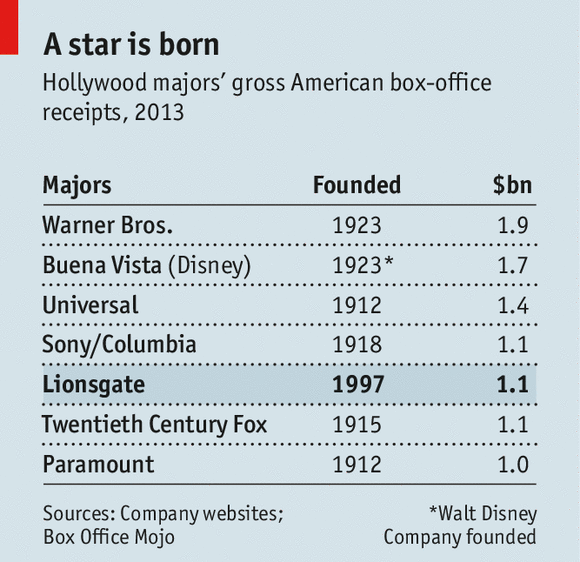 Like the films’ heroine, Katniss Everdeen (Jennifer Lawrence, pictured), Lionsgate has achieved a level of success no one predicted. American box-office figures for 2013 are now in, and they show that the second “Hunger Games” film helped Lionsgate to overtake Paramount and Fox (see table). Other than the surviving six “majors”, all dating from the age of Gloria Swanson and Rudy Valentino, the young challenger, founded only 17 years ago in Canada, is the only studio to have grossed more than $1 billion in a year, as it did in 2012 and 2013.Until recently Lionsgate was best known…