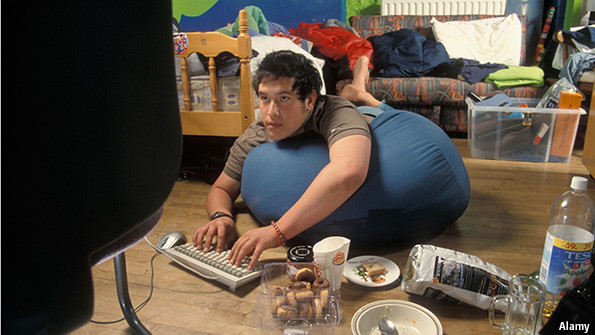 ON OCTOBER 4th 2013, tens of thousands of gamers packed the Staples Centre in Los Angeles to watch SK Telecom T1 triumph over Royal Club in the annual finals of “League of Legends”, a team-based video game; 32m people watched the games live at some point, about 50% more than watch “Sunday Night Football”. But they did not watch on television. They used Twitch.tv, a website founded in 2011 that streams live video directly to users’ computers.On August 25th Amazon announced that it would buy Twitch for $970m, an indication of the growing importance of video-streaming websites. Amazon was not the only one interested: a few months ago Google had been rumoured to be on the verge of offering $1 billion for the firm as well.Video-streaming websites are not new. Twitch.tv was spun out of Justin.tv, a site set up in 2007 to allow Justin Kan, one of its founders, to broadcast his life to anyone who was interested. Soon, everyone could use it, letting them make television shows with nothing more expensive than a webcam and a computer.It is the combination of streaming and video games that has attracted Amazon’s interest. Gaming became the most popular genre on Justin.tv, and Twitch was created to…