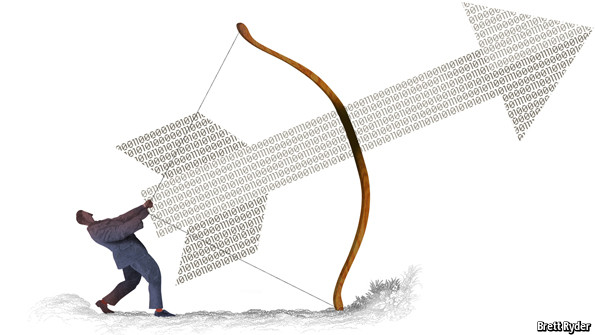 JUDGING from the condemnation, Facebook just “friended” Satan. The company has been pilloried for academic research it published, showing that by adjusting its users’ news feeds so that a greater proportion of positive or negative items appeared, it could nudge people to post slightly sunnier or gloomier items themselves. For sociologists, the study provided evidence of “social contagion”—the spread of ideas and moods through imitation and conformity—without face-to-face contact.That Facebook runs similar tests all the time for commercial reasons—to get users to linger longer, or to click on ads—was largely lost on the critics. And the most telling bit went unnoticed: the difference in posting behaviour was between 0.04% and 0.1%. It sounds paltry, and is. But to Facebook’s data scientists, it amounted to a smashing victory. “Given the massive scale,” they noted, “even small effects can have large aggregated consequences.”This may indeed be the unspoken secret of big data. The much-hyped term captures the idea that it has become possible to collect vastly more data than before, and to process it far more cheaply and quickly. The result, typically, is to…