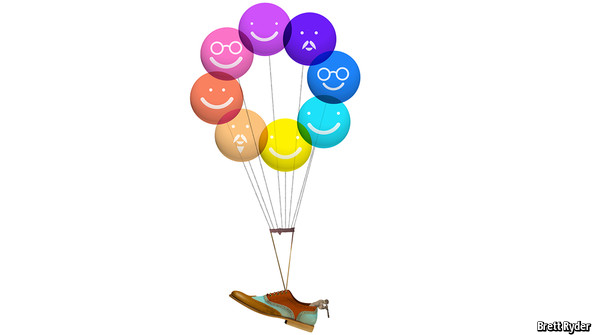 EVERY so often a company emerges from the herd to be lauded as the embodiment of leading-edge management thinking. Think of Toyota and its lean manufacturing system, say, or GE and Six Sigma excellence. The latest candidate for apotheosis is Zappos, an online vendor of shoes and clothes (owned by Amazon), which believes that happy workers breed happy customers. Tony Hsieh, its boss, said last year that he will turn the firm into a “holacracy”, replacing its hierarchy with a more democratic system of overlapping, self-organising teams. Until Zappos embraced it, no big company had taken holacracy seriously. Indeed, not all of Zappos’ 1,500-strong workforce are convinced that it can work.The idea was invented in 2007 by Brian Robertson, a software engineer then in his late twenties. Holacracy’s “constitution” is now on version 4.0, having been adjusted after feedback from the 200 or so mostly small firms that have adopted it. Mr Robertson was inspired in part by a description of holarchy in a 1967 book, “The Ghost in the Machine”, by Arthur Koestler, a Hungarian-British intellectual. Koestler argued that the brain is made up of holons that are autonomous and self-…