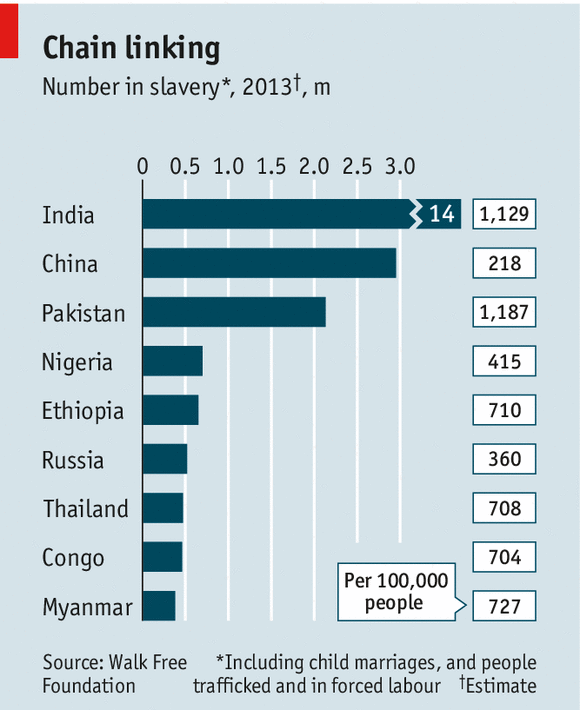 TEN countries have three-quarters of the world’s 30m slaves, according to the first Global Slavery Index, published by Walk Free, a campaign based in Australia and supported by philanthropists. Its definition of slavery includes coerced work (including provision of sex) and children forced into marriage. Data on these provide the indices for its ranking of 162 countries.Mauritania comes out worst, with an estimated 4% of the population enslaved. Most are born into slavery—a deeply rooted practice. Children are owned by the same people who own their parents, to be used or sold. Some of India’s 14m enslaved people were also born into slavery, based on caste or other obligations. Others are trapped in debt bondage. This practice has been a crime for nearly 40 years, but the laws against it are poorly enforced.Definitions of slavery are controversial; many countries fiercely resent charges of inaction. But Kevin Bales, the lead researcher, says that not one government from the ten worst performers (in prevalence) has so far contested his findings.Europe’s slavery rates are the lowest, but even in Britain, one of the lowest-ranked countries, the survey…