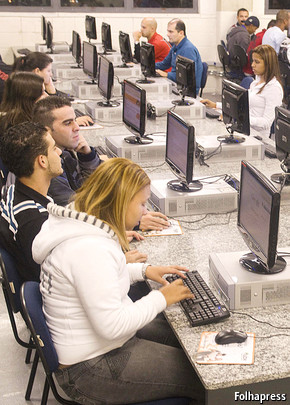 IN THE United States worries about private, for-profit universities’ high cost and dubious quality abound. A congressional inquiry in 2012 acknowledged that the sector, which trebled enrolment during the previous decade, gave students who were older, poorer and often less well-prepared for further study than those at public or non-profit institutions their best chance of a degree. But it concluded that soaring fees and drop-out rates meant that a majority left with nothing more than extra debt.Elsewhere in the Americas, though, the story is far more positive. After equally hectic expansion, Brazil’s for-profit institutions have three-quarters of the country’s higher-education market—and fees are low and quality is rising fast. And since a degree boosts wages by a bigger multiple in Brazil than in any other country tracked by the OECD, a club of mostly rich countries, graduates can make back their tuition fees in just a few years.Soon Brazil will become home not only to the world’s liveliest for-profit education sector, but to its biggest for-profit higher-education firm, too. Last month the antitrust…