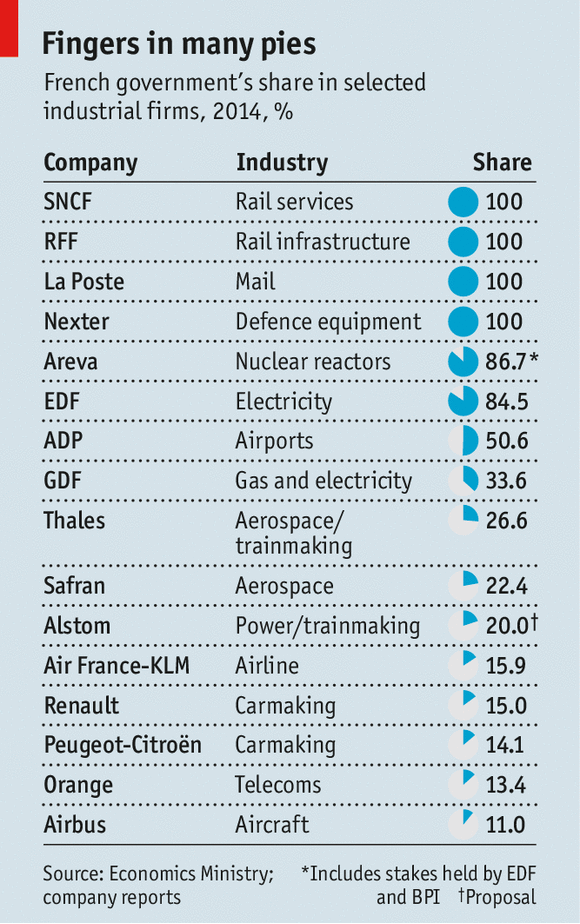 IT WAS the “wow” finish to two months of bids, counterbids and political posturing. Announcing support for GE’s revised deal with Alstom, Arnaud Montebourg, France’s economy minister, said the state would take a 20% stake in the French energy and transport group. What GE thinks of its assertive new partner is not known. Perhaps the best that can be said of the move is that the French government, intent on intervening to revitalise the country’s economy, is putting its money where its mouth is.In much of the rich world, the mood is again turning against state capitalism. Some governments want to sell the banks and other businesses they raced to rescue when the crisis hit. Others are unloading longer-standing investments which they can no longer afford to carry. France is just shuffling its assets.Alstom is the second struggling industrial giant into which the government has poured money this year. In May it took a 14.1% stake in Peugeot-Citroën along with Dongfeng, a Chinese carmaker. In both cases it has stepped in essentially to preserve French jobs (for now, at least).A broader strategy for the state’s share portfolio is also in the works. One…