Home  »  Business   »   Trust-busting in China: Unequal before the law? 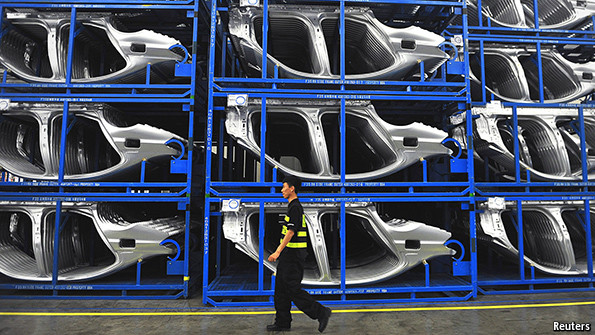 IN RECENT weeks, Chinese authorities appear to have been singling out foreigners in bars around Beijing, harassing them for allegedly breaking the country’s narcotics laws, conducting spot inspections of their bodily fluids and reportedly busting them without due process. This has made foreign boozers, especially those who have not dabbled in drugs, question the fairness and transparency of law enforcement in the country.Bosses of big multinational companies are feeling similarly outraged. In recent weeks, the Chinese authorities have been singling out foreign firms in various industries around the country, harassing them for allegedly breaking the country’s antitrust laws, conducting spot inspections of their hard drives and reportedly busting them without due process. In a blunt note of protest, the European Union Chamber of Commerce in China recently asked whether “foreign companies are being disproportionately targeted.”They are not, say Chinese officials. “Everyone is equal before the law,” declared Li Pumin, the secretary-general of the National Development and Reform Commission (NDRC), the most powerful of three agencies involved in enforcing antitrust laws…