Home  »  Business   »   Unilever: In search of the good business 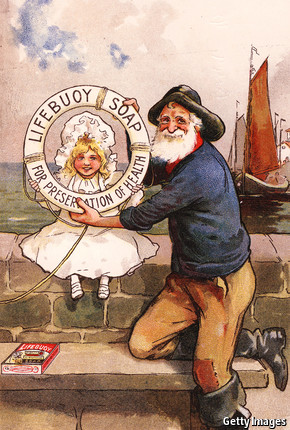 SLEEPING in the open on top of his mansion was a nightly routine for William Lever, founder of what is now Unilever, an Anglo-Dutch consumer-goods giant. When Paul Polman became chief executive of the soap-to-ice-cream-maker in 2009 (joining from a Swiss rival, Nestlé), the Dutchman spent a night in Lever’s rooftop bed as part of a total immersion in the history of his new firm. It helped persuade him, a year later, to launch a “Sustainable Living Plan”, the name for his attempt to make Unilever the pre-eminent example of how to do capitalism responsibly, just as it had once been under Lever.Outdoing even the Cadburys of Birmingham and the Rowntrees of York, Lever had pioneered the Victorian model of paternalistic business. At a time when disease and malnutrition were widespread in Britain, his products were marketed for their health benefits. His employees were decently housed in a purpose-built company town, Port Sunlight, on Merseyside. Lever campaigned for state pensions for the elderly and even provided schooling, health care and good wages at palm-oil plantations in the Congo.“Today, he would do the same…