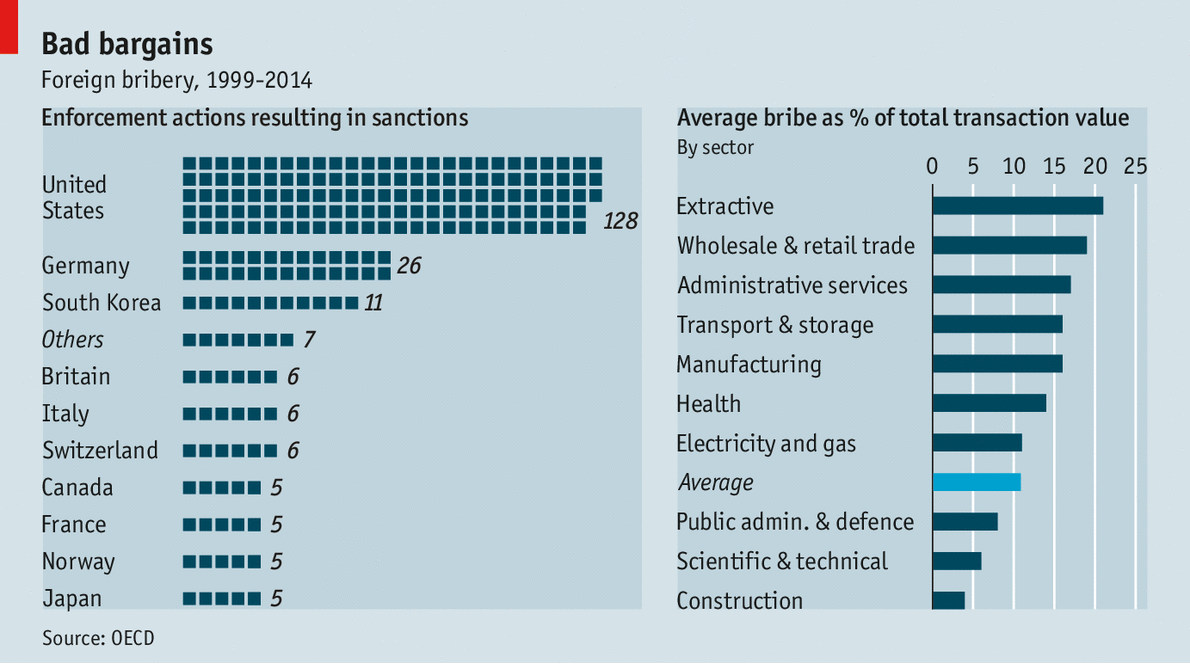 GONE are the days when multinationals could book bribes paid in far-flung countries as a tax-deductible expense. These days would-be palm-greasers have to contend with ever-tougher enforcement of old laws, such as America’s Foreign Corrupt Practices Act of 1977, and a raft of new ones in countries from Britain to Brazil.As policing is stepped up, however, much about the practice of bribery remains murky. The OECD’s first report on the subject, published on December 2nd, sheds some light by analysing more than 400 international bribery cases that have been brought since the anti-bribery convention of this group of mostly rich countries came into force in 1999.Some findings confirm what was known or suspected. The most briberiddled sectors are oil, gas, mining, construction and transport. At the other end of the spectrum, financial services and retailing are fairly clean. Most bribes go to managers of state-owned companies, followed by customs officials. And America leads the enforcement pack, with 128 cases that resulted in sanctions (see chart).But the report also undermines some common beliefs. Bribery is not a sin of rogue employees or poor…