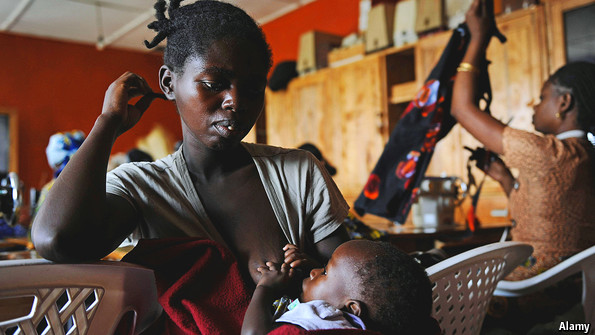 GOVERNMENT officials, aid workers and activists from dozens of countries converged on London this week to discuss ways to solve a horrible problem: the tendency of combatants in war and civil strife to commit sexual atrocities. The ambitiously named Global Summit to End Sexual Violence in Conflict was co-hosted by William Hague, Britain’s foreign secretary, and Angelina Jolie, an American actress and activist. Mr Hague delivered a speech; Ms Jolie presented her worthy, if artistically disappointing, 2011 film “In the Land of Blood and Honey” about the systematic rapes carried out by Bosnian Serb forces during the 1992-95 Bosnian war.One figure whose name came up frequently sat the proceedings out in a jail cell in The Hague: Germain Katanga, a former Congolese warlord. In the early 2000s, as militias battled for control of eastern regions of the Democratic Republic of Congo, his forces raped women and conscripted them as sex slaves. In March the International Criminal Court (ICC) found him guilty of murder and pillage, and sentenced him to 12 years in prison. Yet it acquitted him on charges of rape and sexual slavery, saying the evidence that he had ordered those…